The 2019 edition of WRC Rally Sweden was a special one. As every surviving World Rally Champion since 1996, descended on the frozen Varmland’s of Sweden. Along with the best drivers of the modern era and they didn’t disappoint. 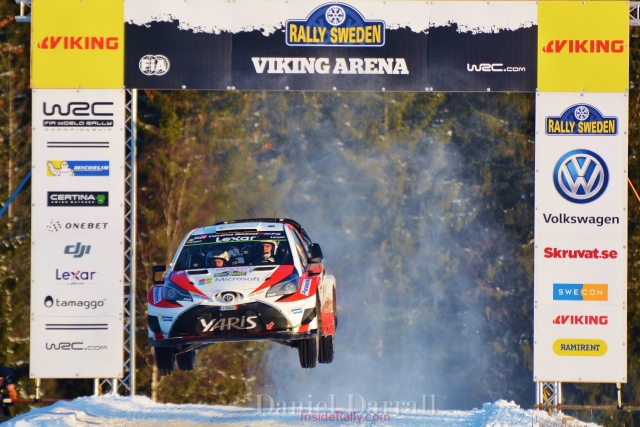 There was lots of excitement about the two times WRC champ, Marcus Gronholm returning. Surely increasing ticket sales to his favourite event. Entering as a late 50th Birthday present to himself (He actually turned 51 before the event, but Toyota didn’t have enough cars for him last year) He was in it for the fun & didn’t fail to entertain. Coming to the end of the first stage and giving us his “Oui, oui, oui” and honest comments that we have sorely missed along with his brilliant character. Igniting the memories of his battles against 9 times champ, Sebastien Loeb. Especially racing together on the opening, head to head super special – Gronholm won that particular head to head battle.

Petter Solberg was also there for a family day out. With his wife, also celebrating her birthday by sitting in the co-drivers seat of Petter’s Ex-Codriver, Phil Mills Viking motorsport built Ford Escort RS1800. The Solberg pair, taking the win by a minute in the historic class. 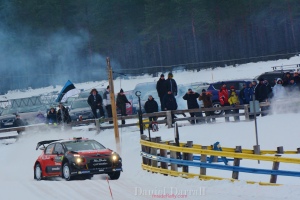 But the happiest WRC champ in Sweden, was the four times champion Tommi Mäkinen. Watching on with huge grinning smiles and air jumping claps, as he watched his Toyota Yaris get driven to the top step of the podium by the, once again seemingly unstoppable Ott Tanak. With a car that seems to just work anywhere. The WRC’s most experienced driver, Jari Matti Latvala was hoping to add another win to his 197 WRC starts. Unfortunately too many trips into the snow banks put an end to that hope. 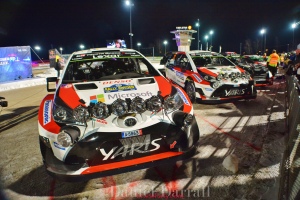 It was Citroen’s Esapekka Lappi who took the 2nd step on the podium. Possibly helped by his retro-cool new shades to help contrast the snow for better visibility. The Finn kept mostly out of trouble, with the exception of a near roll and spin early on in the rally. 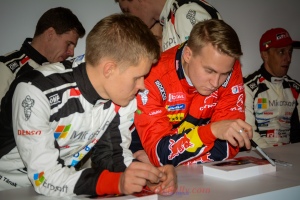 Sébastien Ogier’s title challenge took a blow, when he too ended the rally stuck in a snow bank. Flying away from Rally Sweden with just 2 points towards his championship from the powerstage. His biggest rival in Hyundai, Thierry Neuville gave a big push and had a few lucky escapes. Or was it the drivers skill? Sometimes you make your own luck in this game. A few pinball snow bank moments and an incredible 360 recovery on Saturday, dancing on ice. In the end he could only manage 3rd place. However he bags important championship points over Ogier to be ahead of him in the points table. But both of them need to worry about the unstoppable pace of Ott Tanak and his Toyota Yaris. If the end of last year is anything to go by, then the 2019 drivers title could be Tänak’s to loose. He currently leads the drivers title standings by 7 points over Neuville.

Down in WRC2 Pro. Mads Ostberg did the job he was asked to do & won his category for Manufacturer run R5 cars. Although he stated that there is a lot of work that needs to be done to his Citroen C3 R5 car. The ‘private’ WRC2 class podium was dominated by Volkswagens (Did we expect anything less?) With Ole Christian Veiby taking the win in the new Polo R5 and even finishing ahead of WRC2 Pro winner Ostberg. 2nd was Emil Lindholm. With Veiby’s team mate & two times World Rallycross Champion Johan Kristoffersson dropping to 3rd on the final day. Swedish driver Tom Kristensson took the win in the JWRC.