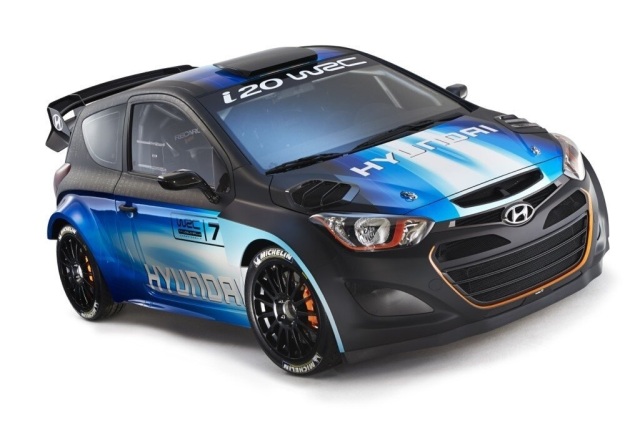 Hyundai say they will compete in next year’s World Rally Championship and the i20 WRC will begin testing in the second half of this year.

Team principal Michel Nandan explained to Autosport, the changes to the new car were largely on the outside of the i20 WRC.

“This latest version of the i20 WRC has centred on aerodynamics with the objective of improving the car’s cooling systems,” he said.

“A new rear wing and front spoiler give the i20 WRC a new external appearance while, under the bodywork, improvements have also been made to the suspension kinematics and chassis stiffness as we gear up for a more structured test programme later in the year. We have lots of important foundations to lay both with the car and the team at Alzenau.”

He admitted that building the team and Alzena facility while simultaneously developing the car was a challenge.

“Building up a new motorsport facility from scratch is an ambitious and rewarding challenge,” Nandan said.

“We have begun the recruitment process but already have a number of key people in place who bring with them a wealth of rally and motorsport experience.

“We are rapidly building up the team infrastructure and are pleased that everything is running to schedule.”

Nandan warned that expectations for Hyundai should remain low at first.

“We are still in the infancy of our exciting WRC programme so the development curve for the car and team is steep,” he underlined.