Red Bull to save WRC

It was revealed by MotorSport News that Red Bull is set to be announced as the new promoter of the World Rally Championship. 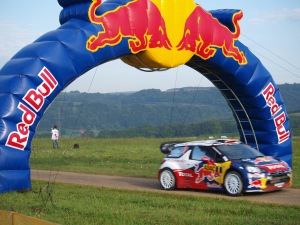 The FIA, the sport’s Governing body, opened a tender to find a new promoter for the WRC back in February after the previous promoter, North One Sport, had its contract terminated when its parent company CSI went into administration. Red Bull Media House was one of three candidates that had been shortlisted by the FIA for the role. The other two were a South African partnership and Eurosport.

The WRC manufacturers, teams and stakeholders were told about the deal during Rally Finland earlier this month. Citroen boss Yves Matton, whose team is sponsored by Red Bull, believes the move will be good for the sport.

“I think [Red Bull] Media House promoting the championship would be a good thing, but it would be different from Red Bull, which is the team sponsor,” said Matton.

“When they do something, they do it properly and they don’t just want to make a good name with the promotion. If they choose to invest in the World Rally Championship then it’s because they want to make a proper job, otherwise they would not even attempt to do it.”

Red Bull is a phenomenally successful brand. Dietrich Mateschitz, the Austrian entrepreneur who founded it, has built a worldwide empire. The brand’s turnover was €4.253 billion last year. Investment should not be an issue. With there large sponsorship within the Sport, they certainly know how to promte themselfs.

Confirmation of this deal is expected by Rally Germany.