MINI WRC team has unveiled its Mini John Cooper Works WRC at the Geneva Motor Show in its S2000 form and has confirmed that it will contest six rounds of this year’s world championship starting from Rally d’Italia Sardegna in May. 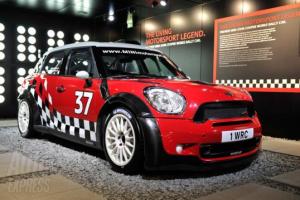 At the Geneva Motorshow, the MINI WRC Team, run by the British Prodrive organisation, announced that its drivers Kris Meeke and Dani Sordo will contest 6 rounds of this year’s World Rally Championship. They will compete at Rally d’Italia Sardegna, Rally Finland, Rally Germany, Rally France, Rally Spain and Rally GB 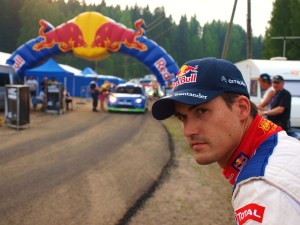 Speaking at the Geneva Motor Show in Switzerland on Tuesday, Dr Wolfgang Armbrecht, MINI’s senior vice president of brand management, said: “Our colleagues in England continue to oversee the development of the MINI John Cooper Works WRC. When you add the turbocharged MINI engine and the BMW Group’s expertise in the world of [motorsport] to the mix, you can see we have an exceptional blend of attributes which will take us quickly to the next stage. The car’s technical make-up and driving characteristics make it the perfect fit for rallying. Entering the WRC takes MINI back to its rally roots and brings this heritage right up to date.” 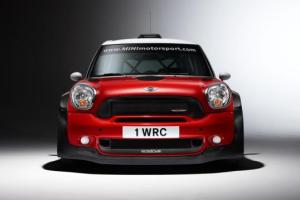 Before Sardinia, MINI will be represented on the world stage by Armindo Araujo and Daniel Oliveira, who will use a pair of Super 2000-specification MINI John Cooper Works on Vodafone Rally de Portugal at the end of March. Both drivers are due to continue their campaigns on the Jordan Rally in April before switching to the higher-specification WRC version from Sardinia onwards. 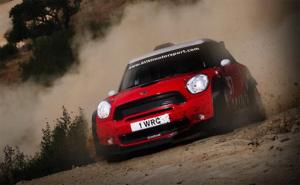 MINI is planning further tests of its John Cooper Works WRC prior to the car’s official launch at its UK manufacturing plan in Cowley, Oxfordshire on 11 April.

This entry was posted in WRC and tagged Italy, Mini, rally, WRC. Bookmark the permalink.