Kimi Raikkonen’s rally was over before it even started after rolling his Citroen C4 on Shakedown. 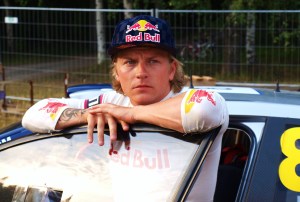 Thursday morning was the Pre-Event Shakedown, which was a short mixed surface stage near Salou. Due to storm damage, the WRC drivers were unable to do the Reece until the morning of the stage, so the first pass through was used to Reece the 3Km stage.

Kimi was the first to make a full speed pass through the stage. The finn was flat out through the tarmac section of the stage, when exiting the roundabout, he carried a little to much speed causing him to take a deeper and earlier line into a left-hand corner where the front of his car clipped the inside bank, causing it to roll, destroying the front of the car, along with extensive body damage as it landed up-side down and came to rest on its roof.

Kimi and co-driver Kaj Lindstrom were both uninjured. Photographers were on the scene to help them clamber out of the car, Raikkonen’s first words were “What happened”!?… Along with the spectators, they managed to get the car back on its wheels to drive it back to the Service Park in Salou. Inspection carried out by the Citroen Jr Mechanics revealed that the Roof section of the roll cage was damaged and Kimi was unable to start the event.

Rally de Espana was the event were Raikkonen was expected to perform well, as the tarmac event is regarded to be the closest the WRC gets to Circuit racing. Before the rally, Raikkonen had said: “For sure if we can be near the top 6 then that would be great, but the main thing is just to get to the end. If you go like crazy on the first day and go off, you don’t learn anything, and that’s why I’m here, to learn.”

Pictures of how it happened below, taken by D.Darrall