Highlight of the rally: 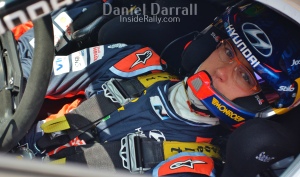 We all love a good flat out fight to the finish. That was all that was left for title rivals Ogier & Neuville. Nothing to loose. They had already lost everything the day before. All that was left were the 5 bonus points awarded for the fastest time on the final Powerstage and boy did they go for it!

Neuville first. Well controlled, just about keeping the Hyundai on the limit. Incredibly fast, inch perfect. Much like the style of the World Champion. If Neuville was doing Ogier’s driving style, then I think Ogier was trying Neuville’s style. The frenchman launched into the stage and went mad. Pushing over the limit and giving it everything. Sometimes too much, as he bounced the car off the scenery. Uncharacteristically running wide in one or two places. I was clinging on to the sofa just watching it. Witnessing two of the greatest drivers going flat out. It was Neuville who set the fastest time, with Ogier’s small mistakes costing him 1.6 seconds when he arrived at the end. The all or nothing Powerstage attack was my favourite of many highlights of Rally Turkey.

WRC’s favourite character was back. We all love Henning and his joy for life and all things rallying. You can’t help but smile when he gives us his animated Norwegian vocals on what success or troubles have befallen them. This time in a private R5 Skoda Fabia. He put in an amazing performance using all of his many years of experience to finish 6th overall. An unexpected achievement by one of the WRC’s favourite drivers. Well done Henning.

He has not had the best of luck this year. His car often falling apart around him. However, rather surprisingly, on the car breaking Turkish stages it held together. By the end of Saturday he was just 13 seconds off the Rally lead. Its been a while since the Finn tasted victory. He had it in sight, but due to the demanding roads and the tough title fight for both drivers & manufactures. He was told to just bring it home. Latvala clearly disappointed, but took it on the chin and backed up his team to bring home a 1 – 2 finish. Don’t worry Jari, there will be a next time.

Driver of the rally:

It’s always a bit controversial when the ‘Driver of the rally’ Award goes to someone who isn’t the overall winner. But this award goes to the driver who impressed the most.

As Steve Jones of RallyingUK on Twitter pointed out. Not many drivers on their WRC debut get to be hunted down by Sebastien Ogier and stay ahead after the finish on the final day. A fun way of looking at it. But in all seriousness. This was his WRC2 debut and he held the lead for most of Saturday against some tough competition in the support class. A puncture dropped him down. But still managed 3rd (9th in overall standings). His first WRC2 podium at his first try.

Ingram is one of a few very exciting young ‘stars of the future’. Slowly climbing the giant stepping stones up to the top of the WRC. Much like Kalle Rovanpera and Oliver Solberg. He will be a name to look out for. His next WRC outing will be Wales Rally GB in a few weeks time. 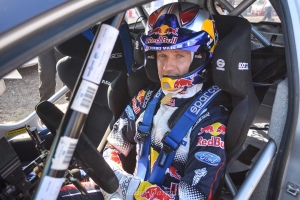 Well the French driving machine is human after all. With all that hard work and effort by both him and the team to keep the car going and given a golden opportunity for the title fight when Neuville dropped out. A simple mistake threw it all out of the dusty window. Now lying 3rd in the drivers championship. When was the last time we saw a full time rally driver called Sebastien sit that low?

And the winner is….

It seems nothing can stop this man. He is riding the crest of a wave that is washing out his rivals, rally by rally. Now a true title contender. Don’t forget, this is still his first year with Toyota team.

Julian Porter said on the WRC All Live, that there are a lot of fans who come to a lot of WRC events, who had chosen not to come to Turkey for various different reasons. But they will be there next year after seeing this. And I will probably be one of them.

Some had doubts. Others just saw it as just another rally. But in fact, the incredible team and organisers did a brilliant job to run this exciting, unpredictable and safe event. One of the best this season so far. Bringing back a true classic. Just like the good old days when we all first fell in love with the sport. Man and machine versus the elements. It’s what Rallying is all about. Plus the backdrop was stunning, just mind the rocks.