The DS 3 WRCs ring the changes on their return to action in Europe with new livery and modified aerodynamics. Rally de Portugal also boasts a new format this year, as it moves to the north of the country. The base is now located in Matosinhos, just next to Porto. 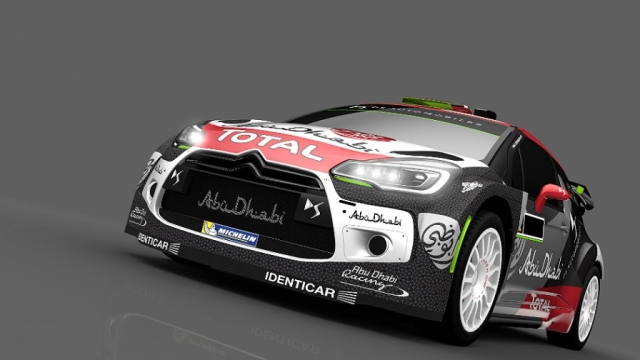 After two successful rounds in Mexico and Argentina, collecting a win and two runner-up spots, the Citroën Total Abu Dhabi World Rally Team returns to Europe for round five of the World Championship.

For the 2015 edition, Rally de Portugal heads back to the north of the country. After spending ten years in the Algarve, Porto becomes the base for the Portuguese round again. The rally therefore returns to its roots and a region that has played host to some of its finest moments.

Alongside Mads Østberg and Kris Meeke, Khalid Al Qassimi will be competing in his second WRC event in 2015.

The DS 3 WRCs were treated to an initial set of developments ahead of Rallye Monte-Carlo. Revised engine, gearshift controls, rear suspension geometry and rear spoiler: these new parts have helped the Citroën Total Abu Dhabi World Rally Team enjoy a remarkable first third of the season.

Further developments are being introduced at Portugal, with redefined aerodynamics on the front end. The new bumper and redesigned wings will provide greater vertical load on the front axle, whilst also reducing the drag coefficient. All of this comes with a new-look livery, which emphasises the dynamic feel of the DS 3 WRCs.

Currently second in the manufacturers’ standings, the team is most definitely on an upward trend. Second in Mexico and Argentina, Mads Østberg and Jonas Andersson also lie second in the World Championship standings. Their rich vein of form may well continue in the country where they won their first WRC rally. Fifth in the overall standings, Kris Meeke and Paul Nagle arrive in Portugal still basking in the glory of their first top-level win. As regards Khalid Al Qassimi, he came close to his best-ever result in the WRC at Rally Argentina in finishing sixth. His recent podium finish in Iran also enabled him to consolidate second place in the Middle East Rally Championship.

Stéphane Lefebvre, as ever alongside co-driver Stéphane Prévot, will be competing in the third round of his FIA WRC2 season. He’ll be looking to learn about this new event in his DS 3 R5 and hopefully score some points.

Yves Matton (Citroën Racing Team Principal): “Between each round, the Citroën Racing teams are constantly working to improve the DS 3 WRCs. Sometimes, the improvements made are very visible. That was the case in Monte-Carlo and it’s true again in Portugal. The integration of aerodynamic changes to the front end, the bumper and the wings are expected to be profitable. We also decided to accompany these new features with a new livery designed to promote DS and our partners. It is intended to catch the eye and reflect the energy and dynamism of our team. The objectives remain the same as at the start of the season. We have shown that the DS 3 WRCs and our crews are competitive. In 2014, we began a long-term project aimed at winning with Kris and Mads. The one-two in Argentina is the first confirmation of our progress. The next step will be to produce a good performance in Portugal.”

Mads Østberg: “After two second places in Mexico and Argentina, I get the feeling that we are heading in the right direction. The team has done an excellent job and the one-two finish at the last round was perfect for our confidence. The updates are going to help us to improve a little bit more and the new livery is really attractive. It is difficult to say much about Rally de Portugal, because we don’t know the event. Having taken part in the Fafe Rally Sprint, we know the atmosphere in this part of the country is always extraordinary. The aim is to pick up where we left off in Argentina. We’ll have to adopt the same pace at the start and push if necessary, whilst bearing in mind the need to score points for the championship.”

Kris Meeke: “After winning my first WRC rally, perhaps the pressure is off me a little bit. In Argentina, everything worked out perfectly. I know we still have a lot to do in order to be competitive at all of the rallies, but the win has given us confidence. We’ll have to keep going and stick to our strategy. I’m not going to set myself any new goals. I just need to be very consistent and avoid making any mistakes. In Portugal, the revised route should help us to make up for our lack of experience. We’ll see what this round has in store!”

Khalid Al Qassimi: “Rally de Portugal is considered to be one of most prestigious events in the World Championship. There are huge numbers of fans and they are always very noisy and enthusiastic. This year’s rally is especially important in our opinion, because we are lining up in a new-look DS 3 WRC. I am very confident that our team will enable us to be fast on this new course. The experience of the Citroën Total Abu Dhabi World Rally Team is a fantastic asset and I hope that the DS 3 WRCs will be able to reproduce the same performance levels enjoyed at Rally Argentina and fight for the win.”