Throughout the course of the year, the FIA has approved a number of regulation changes for the 2014 World Rally Championship season which aim to help reduce costs whilst raising the sporting challenge and increasing media coverage. The major changes to the Championship regulations are listed below:

The following chart summarises the classes and groups of cars, and details the renamed classes of eligible cars. The renaming of car classes harmonises the numbering with the other FIA Championships with the smaller number defining the most powerful cars (RC denoting Rally Car).

As a general rule, organisers of WRC events must ensure a minimum of 25% competitive special stage distance in relation to the overall distance of the event. 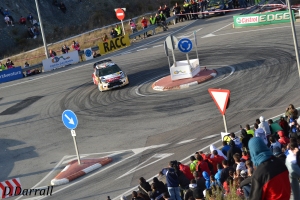 The start order for both gravel and tarmac rallies has been amended as follows, in order to increase the show for fans and reduce the use of tactics:

There is therefore no more Free Practice and Qualifying. Cars having retired and restarting (Rally 2) will be placed the next day after the P1 and P2 drivers group.

Manufacturer and WRC Team cars from the same entrant will be permitted to enter Flexi-Service at the same time, having their service times counted independently.

Due to calendar updates, the number of links has changed to 2 links of 2 rallies per car and 1 link of 4 rallies per seasonally allocated car number for a Manufacturer or a WRC Team which has nominated all Championship rallies.

In order to give more flexibility, WRC Teams will no longer be obliged to nominate a tyre manufacturer for the season.

WRC Team and WRC 2 entrants using S2000 cars are not obliged to use the latest ‘joker’ parts when competing in WRC events.

All competitors registered in the Championships – WRC, WRC 2, WRC 3 and Junior WRC – will be obliged to use a colour-coded windscreen sticker to promote and identify the category in which they are competing and scoring points. In addition, a similar Championship identification sticker will be applied to the front doors.

Permanent competition numbers will no longer be allocated to P3 drivers competing in the support championships. Drivers wishing to request a permanent number for marketing or promotional purposes will however be able to do so. The restriction on the number of servicing personnel has also been removed and testing during the three weeks preceding an event is now permitted for P3 drivers.

To create a more level playing field for the support championship contenders, a two minute interval has been given between P3 drivers.

In order to promote the entry of R-GT cars in FIA rallies, tuners will be permitted to develop cars, in accordance with the criteria defining eligible cars. The FIA will issue a technical passport, allowing the car to be eligible for events accepting R-GT cars.

The minimum weight of R5 cars has been increased from 1200 to 1230 kg to avoid the use of expensive options and keep the cost of the complete car within the stated limit.

To help attract more manufacturers into the sport, the series engine of R1, R2 and R3 cars may be replaced with another series engine.