Its been announced today the Toyota are developing a Rally version of its GT86 sport car, and will be able to compete in the World Rally Championships. 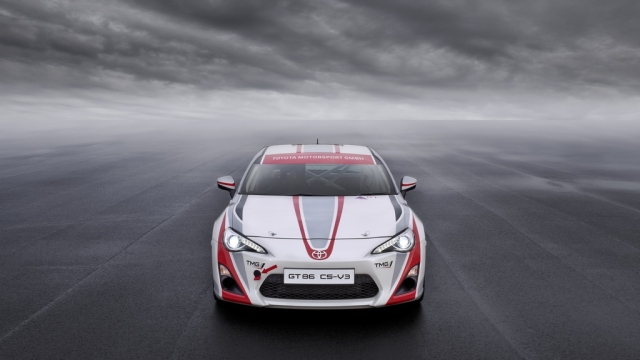 The car, TMG GT86 CS-R3, is being built by Toyota’s german-based motorsport division, Toyota Motorsport GmbH (TMG) Its the company that ranToyota’s successful WRC programme in the 1980s and 1990s. In that time they secured four drivers’ and three manufacturers’ WRC titles.

The car will be developed to the WRC R3 regulations. It will be fitted with a 2000cc boxer engine, rear-wheel drive and a six-speed sequential gearbox. It will be made available to private competitors, with delivery expected for the 2015 season. More info will be released for customers within the next few months.

In 2012, Toyota launched the Yaris R1A, an entry-level rally car that has been driven in rallies in Japan by Toyota’s CEO and President, Akio Toyoda, and used as a Zero car on Rally Germany.

In a statement, Toyota said today’s announcement ‘strengthens TMG’s commitment to customer motorsport and rallying, both of which represent key aspects of its long-term business strategy.’

Nico Ehlert, TMG’s principal engineer customer motorsport, said:“Rallying is in our blood at TMG so it is very exciting to announce that we will be expanding our rally operations,” said Nico Ehlert, principal engineer customer motorsport. “The GT86 CS-R3 promises to be a thrilling car on the rally stages; with rear-wheel drive we can expect some dramatic action which is sure to be entertaining for drivers and fans alike.

“Through our experience with the TMG GT86 Cup and the TMG GT86 CS-V3 race car we have built a solid infrastructure for customer motorsport over the past few years. We will draw on this to deliver a reliable, safe and high-performance car, plus all the required technical support, for our customers.

“We expect demand to be high so we are looking forward to seeing a lot of GT86 CS-R3 rally cars in action from the beginning of the 2015 season.”

This entry was posted in WRC and tagged news, rally, toyota, WRC. Bookmark the permalink.