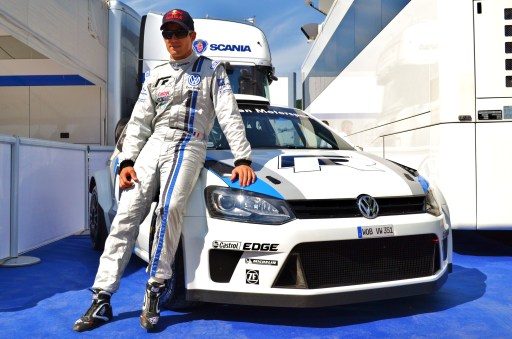 However, it will be a tall order for the 29-year-old Frenchman who acknowledges that he’s yet to fully master the notoriously challenging Welsh forest stages. “It’s not my favourite event – I have had a lot of accidents there!” admitted the man who has tackled Wales Rally GB on five occasions and is yet to post a top ten finish, let alone come close to winning. “The stages are really nice but very difficult to judge with varying grip levels, and then there’s the weather. But now with more experience, I’m hoping to secure a good result this year.”

One of the Frenchman’s most spectacular disappointments came when he removed a wheel from his Citroen on the Great Orme in 2010. “It’s an impressive place but I don’t have so many good memories,” he continued. “I have only done the Orme once and then only completed about one kilometre before crashing. This time I’m hoping to complete it… and all the other stages.”