Six In Spain For Qatar M-Sport

As the FIA World Rally Championship (WRC) ventures to the only true mixed-surface event of the season at RallyRACC Rally de España, Qatar M-Sport will showcase six Ford Fiestas on the combination stages. The Ford Fiesta RS WRCs of Mads Østberg, Evgeny Novikov, Nasser Al-Attiyah and Thierry Neuville will be joined by newcomer Hayden Paddon and the Ford Fiesta R5 of Elfyn Evans. 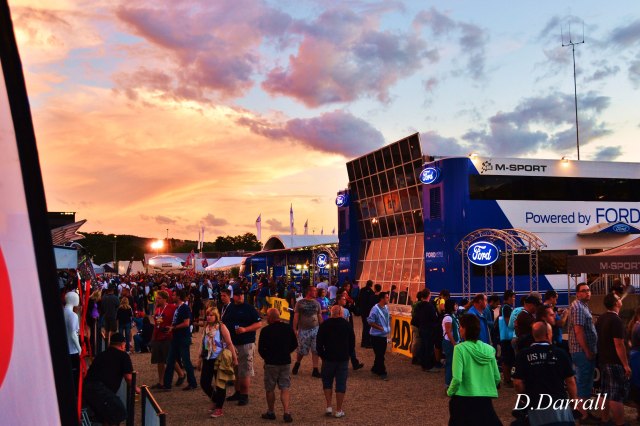 As the only round of the season to combine both asphalt and gravel stages, the three-day fixture poses a real challenge for the technicians and crews alike. Saturday evening will see M-Sport’s expert team convert all six Qatari-liveried Fiestas from their asphalt to gravel specification in just 75 minutes.

But the real challenge for the drivers comes on Sunday morning as they strive to get back into the rhythm of gravel rallying. Being off the pace and out of sync through the final speed tests can cost valuable seconds, so the Qatar M-Sport crews will need to be on top of their game from the first loose-surface kilometre.

Al-Attiyah’s team-mate, Neuville, came tantalisingly close to securing a maiden WRC victory in France earlier this month – were it not for a puncture on the penultimate day. That said, the Belgian certainly proved that his speed has the potential to challenge for rally wins.

Unfortunately, that first victory will have to wait, but there would be few to bet against it coming to fruition in Spain. The Belgian has confidence and momentum on his side, and although admittedly focused on maintaining his second place in the championship, he and co-driver Nicolas Gilsoul have already proven themselves – and the Fiesta RS WRC – to be a highly competitive combination on both asphalt and gravel.

“As the only mixed-surface event on the calendar, this rally is certainly a lot different to what we are used to. Although we’ll only be testing on asphalt, we have good experience from last year and we know from this year that we can be competitive on both surfaces.

“For a driver, the most difficult aspect is to ensure you make a swift transition from the Tarmac to gravel stages. You need to be confident in your driving and find a good rhythm. If you are not up to speed on Sunday, you can easily lose ten to fifteen seconds which – as we saw with the field being so close in France – can make all the difference.

“Our aim again is to maintain second place in the championship. We’ve seen that we can challenge for victory on many surfaces, so we will push from the beginning, but we also need to keep the championship in mind. We need to finish this event strongly, but if we are still in a position to fight for the victory on Sunday, then we will start to take a few more risks.”