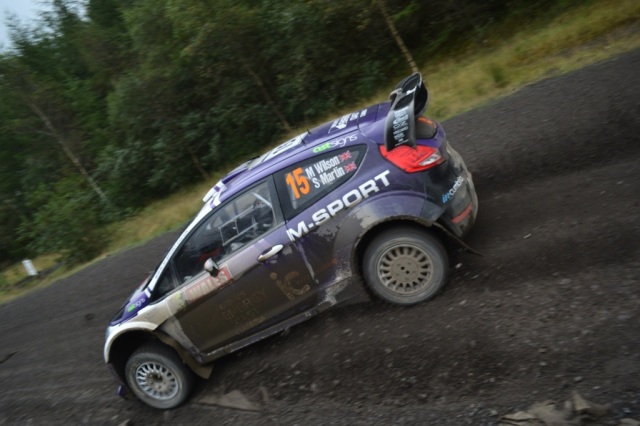 The full itinerary for this year’s revitalised Wales Rally GB (14-17 November) has now been revealed including details of the three exciting new ‘RallyFest’ venues bringing one of the world’s most spectacular sports to a wider, family audience.

Moreover – and making the event even more appealing – a wide range of stage, day and event tickets are now on sale, all at significantly reduced prices than in previous years.

Fitting finale to the 2013 FIA World Rally Championship
22 challenging special stages in the classic Welsh forests
Family-friendly spectator stages at Chirk Castle and Kinmel Park
Tickets now on sale at lower prices than in 2012
As previously advised, the UK’s concluding round of the FIA World Rally Championship is moving to a new headquarters in Deeside with a spectacular ceremonial start at Conwy Quay on Thursday early evening and the finish in Llandudno on Sunday, following a dramatic final competitive timed section on the Great Orme.

The intrepid crews face three tricky timed special stages – Gwydyr, Penmachno and Clocaenog – in darkness on Thursday, none of which has featured on the rally route for more than 15 years.

After an overnight stop in Deeside, Friday sees the crews back on more familiar ground tackling two runs through Hafren, Sweet Lamb and Myherin special stages either side of a remote service in Newtown where the public can watch the highly trained technicians preparing the state-of-the-art rally cars for further high speed competition.

Saturday’s stages are set slightly further north closer to Dolgellau starting with two blasts through Gartheiniog and Dyfi forests ¬(the latter restored to its full 13.4-miles length for the first time since 1998). A mid-morning regroup in central Machynlleth will provide the public with another great opportunity to see the world’s top rally drivers and cars up close.

The teams then return to Deeside, first via another 13-mile classic Welsh forest stage in Dyfnant and finally taking in the first of two new spectator stages set against the dramatic backdrop of Chirk Castle, which dates back to 1295 and is now in the ownership of the National Trust. Located close to the A5 near Wrexham, Chirk will be easily accessible for spectators from both sides of the border.

Sunday’s itinerary en route to the grand finale on the Great Orme sees second runs through both Dyfnant and Clocaenog forests – the latter being the official Power Stage where extra championship points are awarded – plus a first visit to Penllyn near Bala, another stage making a welcome return, this time for its first inclusion since 1991. The route back to Llandudno also features the second of the reintroduced short spectator stages, this time set in the grounds of Kinmel Park close to the A55 near Abergele in Conwy.

Kinmel Park along with Sweet Lamb on Friday and Chirk Castle on Saturday are designated special RallyFest Stages and all three will provide a package of day-long family entertainment. As well as seeing the WRC stars and cars in action twice, the three RallyFest Stages will include a big screen, catering village, public address commentary, special displays, a Rally Dome, on-stage shows as well as other attractions aimed at providing a full day’s entertainment for all ages.

Prices of adult admittance to individual forest stages on the day have been reduced to £15* (from £20 in 2012) while Day Passes have been re-introduced providing multiple stage access for just £33* including the Qualifying Stage at Llandegla on Thursday morning. Moreover all adult tickets include a free programme priced at £7.50.

The popular ‘Kids for a Quid’ scheme has been extended providing those aged between 9-15 years old with a four-day ticket giving access to all 22 stages for just £1*. Those aged eight and under are admitted free.

Though included in Day Passes, individual tickets for RallyFest Stages are also available priced at £25* with significant discounts available for families. The price for two adults and two children, for example, is £42* with an extra £1* for each additional child.

Full details can be found with a dedicated version optimised for mobile phones via http://www.walesrallygb.com/mobile/home.php