Sebastien Ogier has taken victory on Rally Sweden and secured Volkswagen’s first ever WRC win with the new Polo R World Rally Car on only their 2nd WRC rally. 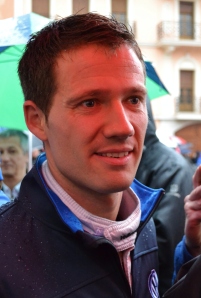 Sebastien Ogier, dominated the 2nd round of the 2013 World Rally Championship, on the snow and ice of Sweden after taking the lead from his arch rival, Frenchman Sebastien Loeb on Friday morning.

At the stop line after the finish, Ogier said to World Rally Radio, “Team give me a perfect car for the weekend… Unbelievable… Big surprise. we never expected to be as dominant as we have been this weekend. Couldn’t be better! This morning Seb was putting alot of pressure on us, we has to pus because he was so fast.”

Loeb, in a Citroen DS3, kept the pressure on his former team-mate right to the end, but eventually had to settle for the runners-up spot, 41.8sec behind Ogier and his co-driver Julien Ingrassia. Loeb said at the stop line. “We did a really bad Qualifying, bad road position. OK, Seb Ogier has made the perfect rally, no mistakes.”

Qatar M-Sport driver in the Ford Fiesta RS, Mads Ostberg took third, the Norwegian finishing 42.7sec adrift of Loeb. “I knew quite early we could not win. It has been a big fight back. I am pleased to have won the fight with Jari Matti!” VW’s Jari Matti Latvala finishing in a close 4th just 6.1 behind Ostberg. 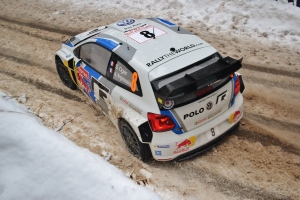