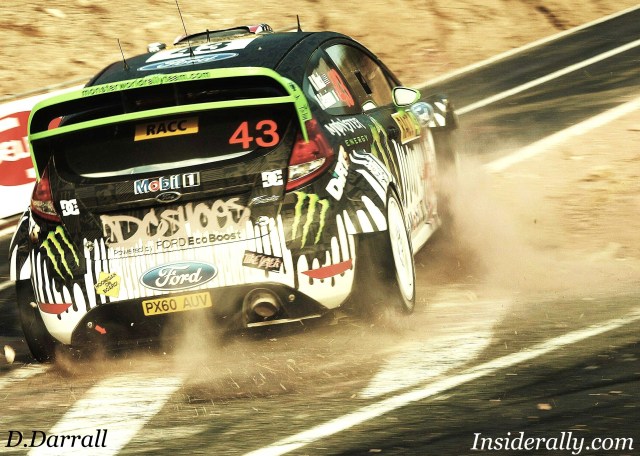 Gymkhana was released on Monday. In the video he shows off his amazing driving skill aound the city and streets of San Francisco using the same Hybrid Function Hoon Viehcle (H.F.H.V) as in Gymkhana 4. The very same car which he raced at the X-Games in America just a week ago. The car is a 2ltr TurboCharged 600bhp Ford Fiesta, with a 0-60 of 1.8 seconds. Shot on the actual streets of San Francisco, California, GYM5 features a focus on fast, raw and precise driving action. Filmed over four days, director Ben Conrad and his team are back to work on their second Gymkhana production and delivered the entire city of San Francisco as Ken Block’s personal gymkhana playground. DC Shoes also provided fellow DC athlete and longtime Ken Block friend, Travis Pastrana, to make a cameo appearance on his dirtbike, and S.F. resident Jake Phelps of Thrasher Magazine fame also makes a cameo as Block hoons S.F. in his most incredible Gymkhana yet.

After just 24 hours it already has over 5 million views. Block said “I am blown away by how many people have already watched Gymkhana FIVE. 5.1 million! And I want to thank all of you for making it possible. After all, we just make the video, it’s all of you that make it viral by sharing it.”

As well as his films on youtube which has took the world by storm. He also does regular Gymkhana shows and Rally cross around the world. And as well as that he also competes in the World Rally Championships.

This entry was posted in Videos, WRC and tagged Gymkhana, Ken block, WRC. Bookmark the permalink.