New Zealand is a rally with some of the best roads in the world, fast, flowing high speed cambered corners, and its take only the best drivers in the world with experience of these roads and stages to impress. 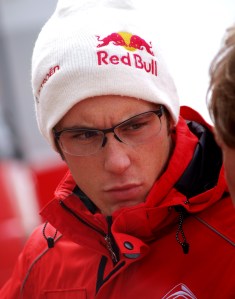 The 2012 Rally NZ may have been won by Sebastien Loeb. But this feature is all about the ‘Driver of the Rally’. The Driver that impressed the most with their skill and talent.

And its 5th place, Belgium Driver Thierry Neuville who is InsideRally’s ‘driver of the Rally’. Thierry Neuville made his mark in the 2009 Citroën Racing Belux Trophy. The following year he raced in the Junior World Rally Championship in a Citroën C2 Super 1600 winning his category in the Bulgarian Rally. In parallel, the Belgian took part in his first IRC events.  Last season in this championship he gave a glimpse of his potential by winning the Tour of Corsica and the Sanremo Rally, and was in the running for the title till the very last round. Co-Driver Nicolas Gilsoul inherited a family passion and he began his career as co-driver in historic rallies. He very quickly became one of the rising stars following in the footsteps of a long line of great Belgian navigators. He teamed up with Thierry Neuville in 2011. The programme in the World Rally Championship with the Citroën DS3 WRC will enable him to make his debut at the top level of the sport.

Neuville was never originally meant to drive in NZ, But due to Qatar World Rally Team Driver Nasser Al-Attiyah being unable to compete because of his preparations for the olympics, Neuville stepped in.

On day 3 of the Rally, he claimed his first Proper Stage wins. And not just 1 of them. But Three. A very relaxed Thierry began the day with two stage wins. Over the weekend he was in a great battle with Ott tanak, After cutting Tänak’s lead to 16s by the day’s half-way stage, he looked set to keep up the pressure! Indeed, Thierry then went on to win SS20, while his Estonian rival was forced out of the rally after rolling his car.

“I’m sorry for Ott, but that’s racing, and I’m happy to make it into the top 5 at this rally. If I hadn’t lost so much time on day one, we might have finished fourth,” concluded the Belgian. “I’m pleased to have reached the end of the rally without making any significant mistakes. These three days of racing have been extremely beneficial for me and I would like to thank Nasser Al-Attiyah once again for having given me this superb opportunity! I really enjoyed driving on this magnificent stages and I can’t wait to come back.”

The young driver is said to be Loebs Replacement when the 8 times champ retires, so theres a lot of pressure and expectation on his shoulders.