Loeb versus Gronholm: the rematch! 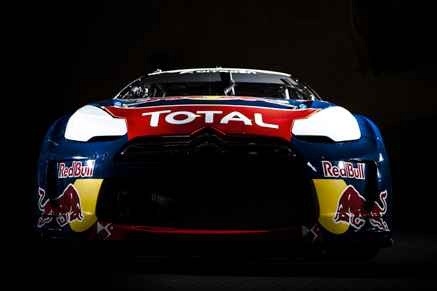 Loeb, currently chasing his ninth WRC title with the factory Citroen team, will drive a 545bhp Citroen DS3 XL in the Global Rallycross Championship event, where freestyle motocross star Travis Pastrana will also be in action.

French legend Loeb’s participation in the X Games actually dates back to 2008 when Citroen backer Red Bull invited him to go up against Pastrana, another of the energy drink maker’s athletes, who has tackled selected WRC events in the past.

“I love racing and I’m always interested in trying out new categories,” said the 38-year-old French legend. “A week after Rally New Zealand has finished, I’ll be in Los Angeles to take up the challenge set for me by Travis. Rallycross here in Europe provides some very spectacular racing, but the American version seems to be even more extreme. So, I didn’t need to be asked twice when the opportunity arose to race against drivers like Marcus Gronholm in a 545bhp Citroen DS3.”

Loeb’s highly modified DS3 XL (standing for X Games and Loeb) is based on a rallycross machine built by Hansen Motorsport.

Cyrille Jourdan, Citroen Racing’s lead engineer on the project, said: “It’s always exciting to attempt to get the most out of the regulations. From a distance, the rallycross DS3 looks quite similar to the WRC. Although the design of the chassis and suspension systems are fairly similar, the powertrain is fundamentally different. The DS3 XL’s two-litre turbo engine develops 545bhp and 800Nm of torque. Its acceleration isn’t far off that of an F1 car, covering 0 to 100kph in 2.4 seconds.”

Because Loeb’s co-driver Daniel Elena won’t be required for the X Games, Citroen engineers have had to rework the car’s weight distribution, as Jourdan explained: “That’s why the water radiator has been moved into the boot. The main visual difference between the WRC and the XL is the addition of cooling vents in the rear wings. This alteration is designed to achieve improved performance at the start, which is the most crucial phase in rallycross.”

Loeb has already tested the DS3 XL in preparation for the rallycross section of X Games, which uses a mixed-surface course featuring a 20-metre jump. He will face tough opposition from Gronholm, who has won the opening two events of the Global Rallycross Championship season in a Best Buy Mobile Ford Fiesta Mk7.