Fans pledge for Ford to stay

Posted on December 1, 2011 by Daniel Darrall

Rally fans from around the world are joining together to try and persuade Ford manufactures to stay in WRC for 2012 onwards. 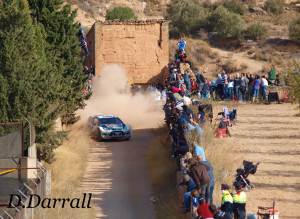 Fans have formed a group on Facebook ‘We want Fords’s continuation in the WRC (as a manufacture)’. A similar group was set up by fans, for Ford to run their Fiesta’s in Black livery, and Ford bosses say that apparently was crucial in persuading them to do just that for Rally France.

Currently the facebook group has over 1,200 members, some of the members include the 8 times World Rally Champion Sebastien Loeb, Nicky Grist, Tony Mason, Armin Schwartz and Rodger Clark amongst many more.