The 7 times champion, the man who makes no mistakes or gets struck by reliability problems, has retired on the 2nd consecutive rally. 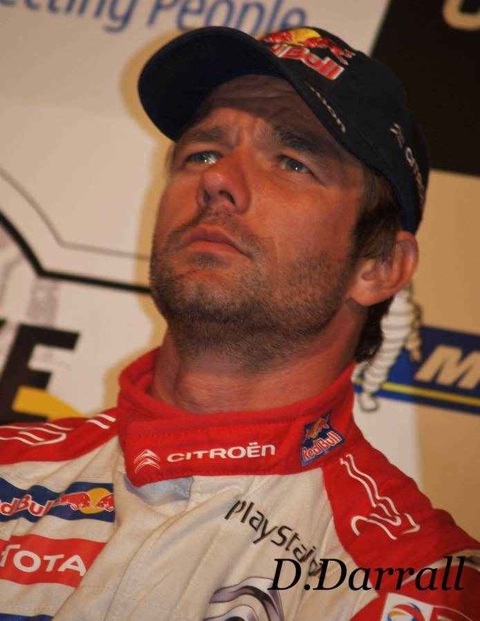 Sebastien Loeb lost ground in the Championship fight last out in Australia after rolling out of the rally, with Mikko 2nd in standing and not far behind, Loeb had to have a problem free rally to keep ahead for the title.

last year in Rally France, he took his 7th world title. That Glory must seem a distant memory. Sebastien Loeb, in a Citroen DS3 WRC, stopped approximately 27 kilometres into stage 3 with a suspected engine failure an has retired from the event, making it the first mechanical retirement since 2007 for Loeb, while Mikko Hirvonen suffered a brief off in his Ford Fiesta RS WRC early in the test as well as team mate Jari Matti Latvala.

There are reports that ex-Formula One world champion Kimi Raikkonen failed to start the stage after he went off the road warming his tyres prior to the start of the run. Raikkonen’s privateer Citroen is stuck in a ditch one kilometre from the stage start with broken front suspension.

This entry was posted in WRC and tagged Citroen, France, Loeb, WRC. Bookmark the permalink.