The 7 times champion Sebastien Loeb admits that Solberg is almost uncatchable after the Norwegian set incredable pace on the Acropolis rally’s opening leg. 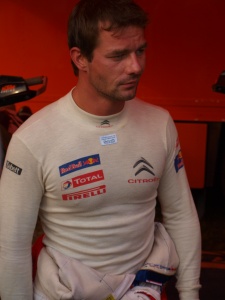 Despite Loeb being in second, he is 51.6 seconds off the lead, he has admitted that he doesn’t expect to get the victory here this weekend in the works Citroen DS3 WRC. Solberg in the non-works car, and run under his private team, the Petter Solberg World Rally Team, has taken 4 out of 6 of todays stages on what is one of the roughest and toughest events on the calendar.

“Petter has had a good day,” said Loeb. ” Really, I think it is nearly impossible for me to catch him. Yes, he is first on the road tomorrow, but I don’t think the surface will clean as much as it did today. We have no big chance for the victory here.”

Loeb may have admited defeat but there are still 16 stages to go, and Greece is a rally that tests the cars reliability to the full. Understandably Solberg remains cirumspect about his chances of victory.

“There is still a hell of a long way to go on this rally. Nothing is done yet. I am happy, this is a good lead but also don’t forget, this is Greece. Really, anything can happen.”

This entry was posted in WRC and tagged news, Rallying, WRC. Bookmark the permalink.