World Rally Championship star Ken Block will get a taste of Formula One power when he tests a Toyota TF109 at Monza in August. 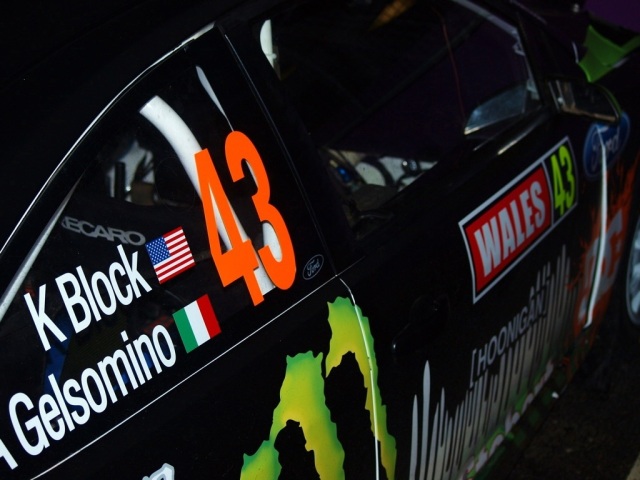 Block, a regular in the WRC at the wheel of a Monster World Rally Team Fiesta RS WRC, is supported by tyre firm Pirelli, which has invited the American to sample a variety of its Formula One tyre compounds at the Italian Grand Prix venue.

“I’ve been lucky enough to do some pretty spectacular stunts in my career so far, but this is something else!” said the 43-year-old. “Everybody talks about Formula One being the pinnacle of world motorsport so I can’t wait to discover it for myself. I’m very grateful to Pirelli, which has been one of my partners since 2010, for this amazing opportunity. These cars are so specialised that I need to be realistic about what I can do, but I know that it’s going to be a lot of fun and take hooning to a whole new level…”

Block’s test on August 5 falls two weeks before Rallye Deutschland, his next scheduled appearance in the world championship alongside co-driver Alex Gelsomino.

The 700bhp Toyota Block will drive serves as Pirelli’s test and development platform and has undertaken more than 18,000 kilometres of running in the hands of several Pirelli test drivers including Nick Heidfeld, Pedro de la Rosa and current development pilot Lucas di Grassi, who will be on hand at Monza to give Block some driving tips.

Block is not the first WRC star to sample Formula One machinery: Tommi Makinen tested a Williams while Colin McRae drove a Jordan in the past. More recently, Sebastien Loeb set competitive times in a Red Bull during an open test in Barcelona.

“We’re absolutely delighted that Ken is making his Formula One driving debut with us, and where better than Monza?” said Pirelli’s motorsport boss Paul Hembery. “I hope that he thoroughly enjoys the experience of driving these awesome cars. We got to know Ken through our partnership with the Gymkhana programme and the World Rally Championship last year, where he impressed us with his dedicated approach, his technical feedback and his unique way of marketing the sport.”