Posted on December 9, 2010 by Daniel Darrall
Pirelli Star Driver and New Zealand rally star Hayden Paddon and his Co-driver John Kennard, finished an impressive 3rd overall on their first attempt of the PWRC, and was one of the ‘ones to watch’ of the 2010 season. Achieving five podiums out of six events in 2010. 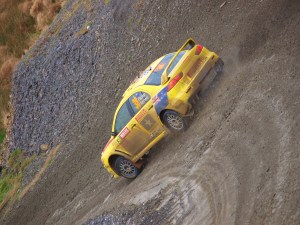 Hayden commented on his website saying, “We’ve had a huge year of learning in 2010 which put us in a fantastic position to attack the championship next year,” says Paddon. “I know that I am a much better driver now – the range of things I’ve had the opportunity to learn about and perfect this year has been amazing and inspiring. I know – and this opinion is backed by some of the sport’s experts – that it is a very realistic goal to chase the championship title next year.”

But like most young rally drivers, Paddon is struggling to raise the funds. Its said that he

will need to raise NZ$500,000 to pull together a full season in next years PWRC. But he has been exploring new routes to funding, by selling shares in himself. The Hayden Paddon Rallysport Worldwide Ltd is a company set up to help raise the money for next season, and says he hopes that investors will benefit. “Yes, it is a high-risk investment and probably with nothing back for at least a couple of years, but I am hoping people will be interested. It is a unique type of investment.”

The 2010 season kicks off in Sweden in February, and Paddon knows hes battling a short deadline, but is working very hard to get onto the world stage to impress once again, saying “The WRC is where I want to be and, together with a group of people helping me, we are working really hard to stay there. We are just finding it very difficult at present to put together a family of sponsors that can make the most of a strong commercial relationship with a professional team like ours. We want to work with companies where exposure in countries like Sweden, Portugal, Argentina, Finland, Australia, Spain and Great Britain along with New Zealand can bring them the value they seek” 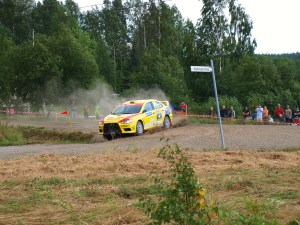 For more details and to keep up to date with Hayden Paddon, visit his website. http://haydenpaddon.com/